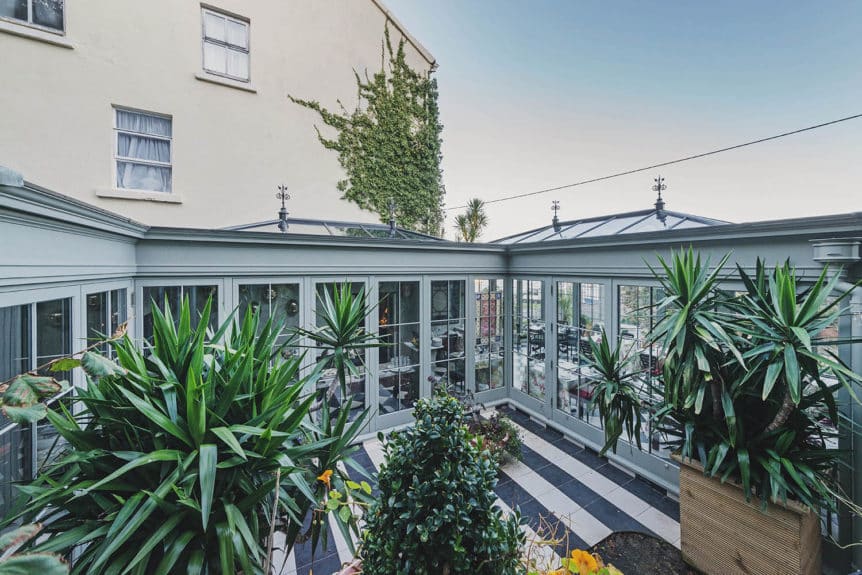 A bespoke orangery is a serious investment for any homeowner and so it’s not surprising that anyone who is currently planning a glazed extension has a number of pressing concerns.

Here we look to answer the most commonly-asked questions about orangery extensions that our designers receive time and time again.

Elegant in its proportions, orangeries combine a low brick structure with glazed windows and doors that are often flanked by vertical pilasters supporting a correctly proportioned entablature. Above this a glazed roof lantern is built into a flat roof which adds both height and space and allows natural light to flood the room below. 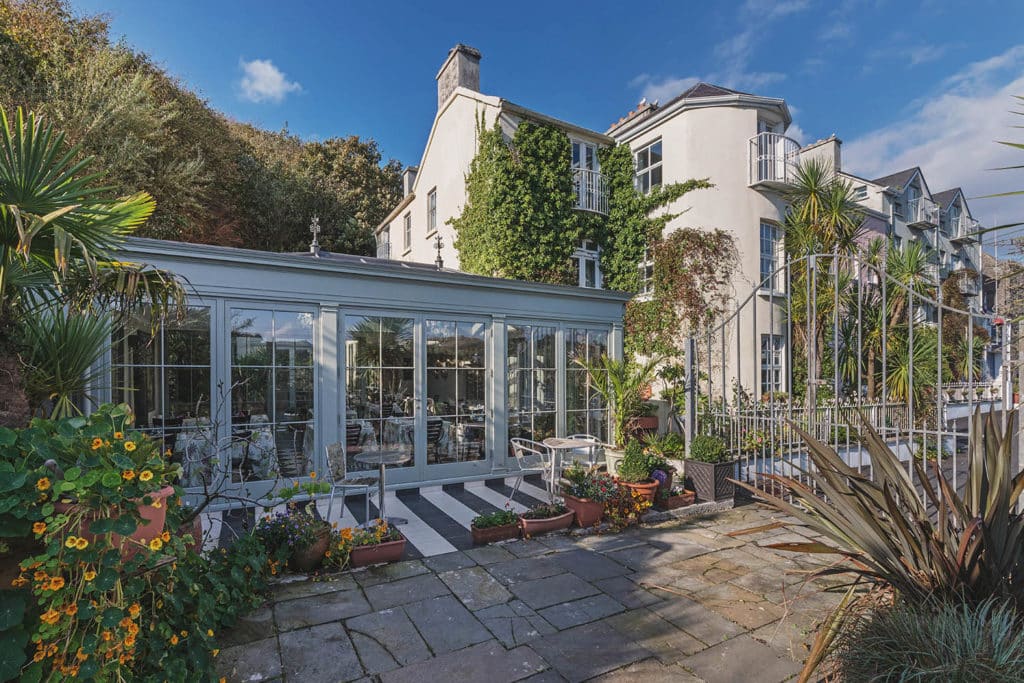 Orangeries can be built from many materials but the ones that are truest to their traditional form tend to be created from a combination of bricks, timber, stone and masonry.

2. How much do orangeries cost?

As the saying goes, you tend to get what you pay for. Orangeries come in all shapes and sizes so it would tend to make sense the larger the extension the more expensive it will be. This is true, but it is worth bearing in mind that the fixed costs in providing a building will be the same, so for example, the cost of an orangery will vary if the floor area is used as a measurement of cost, and similarly, selecting more expensive materials will also require a larger budget.

But putting aside the build itself for one moment, the difference between a bespoke orangery and an off the shelf product is also about design, management and installation. The homeowner may decide they want their new orangery to be sympathetic to the existing architecture of their property, or they may prefer something in complete juxtaposition that adds a focal point. And the orangery extension not only needs to be aesthetically pleasing from the outside but it needs to function beautifully inside too.

A well-crafted orangery will add value to a property and will stand the test of time, therefore the investment should be considered in these terms.

3. Does an orangery need planning permission?

Small orangeries may not need planning permission if they are considered to be a permitted development. This includes certain limits and conditions on size, height and elevations.

Larger orangeries or those being considered for listed properties or specific areas, such as Conservation Areas or Areas of Outstanding Natural Beauty or National Parks, will need to apply for permission and listed building consent.

Bespoke orangery manufacturers have expertise in applying for planning permission as they routinely undertake this activity for their clients, so most are happy to help.

4. Does an orangery require foundations?

Yes. An orangery is not like a shed or greenhouse – it should be treated as a conventional build as requires such requires foundations to comply with local building regulations

There are many different types of foundations and the correct type will depend on the ground conditions. An experienced orangery manufacturer will be able to provide the required structural engineering calculations, submit the building control application, and provide the necessary drawings and coordinate with your builder

5. What’s the difference between an orangery and a conservatory?

An orangery, elegant in its proportions, combines a low brick structure with glazed windows and doors that are often flanked by vertical pilasters supporting a correctly proportioned entablature, above this a glazed roof lantern is built into a flat roof.  The shape is usually rectangular; there may be more than one lantern, however, the size and number tends to be influenced by the design, the amount of shade and light required in the room and its compass orientation to say north or south facing aspect. In addition in a kitchen orangery, it may be necessary to increase the flat ceiling area to accommodate kitchen units below for example or in a more north or north east facing aspect a tendency would be to increase the glazing area. This adds both the feeling of height in space and allows natural light to flood the room below. 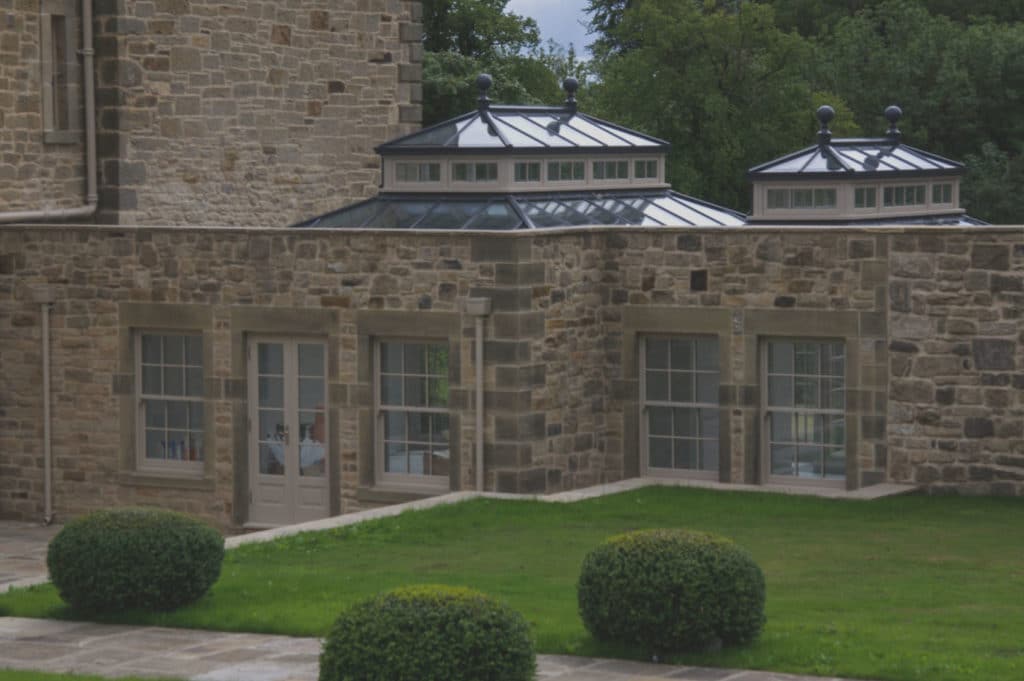 The difference between a conservatory and an orangery is a very common question. Put simply a conservatory roof bears its weight onto the side frames of the structure. So the complete building is glass with the advancement of glazing technology and the use of roof blinds and electrically controlled opening vents that work to combat the fluctuations of temperature throughout the seasons.

On the other hand, an orangery provides natural shade and insulation via the flat roof area and increases the insulation throughout the seasons. This makes it easier to control temperature fluctuations yet provides a light filled room that is very comfortable providing naturally shaded areas within the room.

6. When were orangeries invented?

Orangeries were first introduced in the seventeenth century as a way to ‘winter’ exotic plants such as citrus trees, offering shelter and warmth during colder months. The original structures, were most often south-facing, sometimes utilising an existing garden wall as part of the design, and were more akin to a greenhouse than today’s modern structures.

As time progressed, the orangery was a physical embodiment of a landowner’s wealth and status and so the buildings became more sophisticated and increasingly opulent. Orangeries were soon attached to the main property and were used for entertaining as well as to house non-native plants.

7. Where can I go for orangery inspiration?

The Orangery at Kensington Palace is probably one of the more famous examples. The palace was originally owned by the 1st Earl of Nottingham and quickly became a royal residence, famously being the birthplace of Queen Victoria and today, the official London residence of the Duke and Duchess of Cambridge. 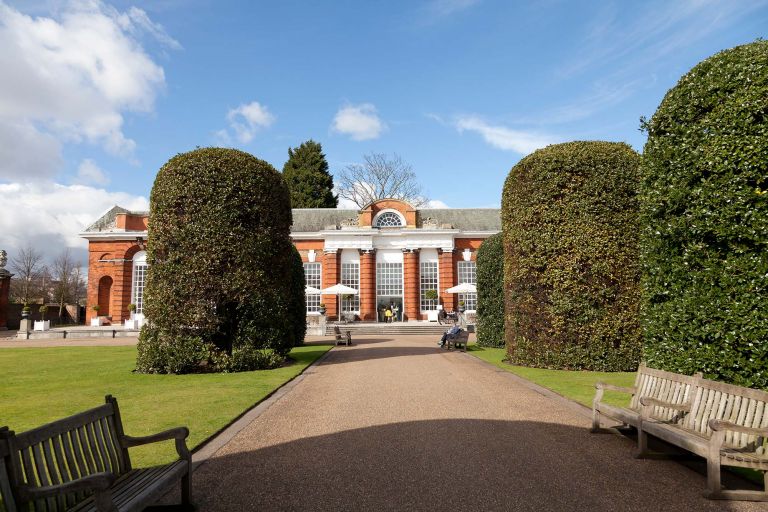 The orangery was commissioned by ​​Queen Anne in 1704 and is now enjoyed as a restaurant for the many guests visiting Kensington Palace.

Another example of a stunning orangery is at the Royal Botanic Gardens in Kew, Richmond, South London. The large space with its spectacular high ceilings and grand, arched windows is used as a restaurant during the day but can be hired for events during the evening.

The orangery at Ham House, Surrey is another fine example of a classical orangery. Owned by a series of earls and dukes, the property is now looked after by the National Trust and the orangery is a delightful tea room overlooking beautifully manicured gardens.

There are many other examples across the UK but before planning a visit, it’s best to ensure that the orangery is open to the general public and not limited to weddings and events.

8. What can I use an orangery extension for?

Today’s homeowners tend to use the space as an additional sitting room that connects their indoor and outdoor spaces. Orangeries are also frequently used for kitchens but because technology means the temperature can be fully controlled, they can be used for all sorts of other purposes. 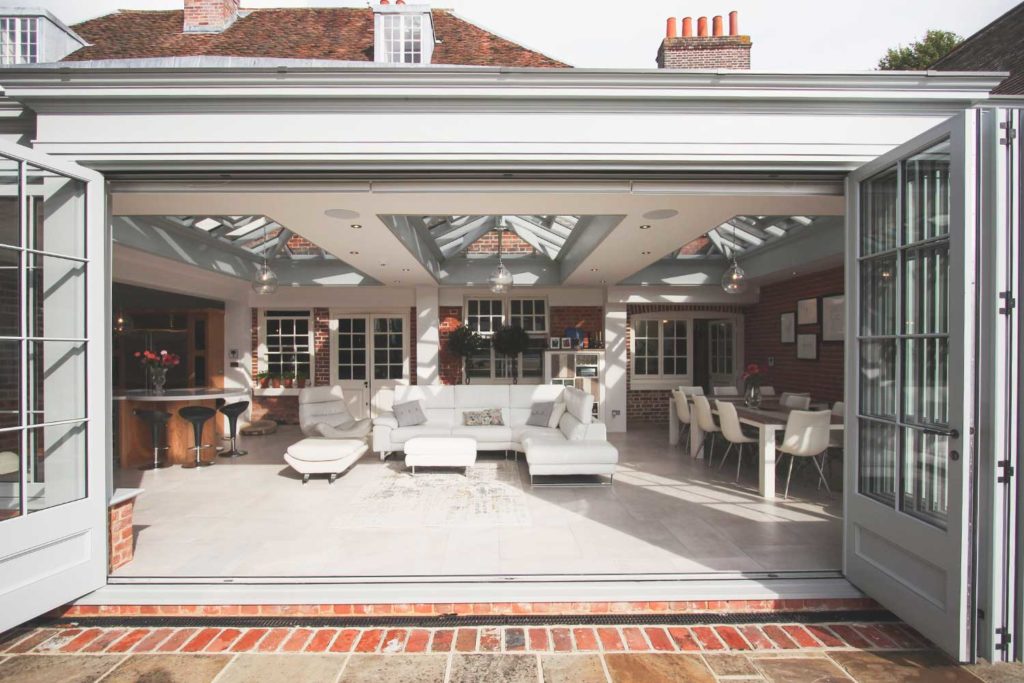 Although less common, it’s entirely possible to use an orangery as an art studio, a yoga room or gym, a playroom, a music room, a snooker room – nothing is off-limits.

9. Does furniture fade in an orangery due to the sunlight?

Don’t be fooled by the traditional style of an orangery – a bespoke extension, designed and built by a reputable manufacturer, will incorporate high-performance glazing which is technologically very advanced.

This means that it has been tested for several factors such as heat loss, and sound reduction. In some cases, particularly where an orangery is directly south facing, it makes sense to incorporate solar reflective glass which not only reflects some of the sun’s heat but also cuts down on UV penetration too. So, in short, no – carpets, curtains, upholstery should not fade in an orangery that uses the latest technologies in its construction.

There is also a self-cleaning glass option that breaks down organic dirt that lands on the surface which might be of interest to homeowners where an orangery is planned close to trees for example.

Orangeries must adhere to current building standards so, from that point of view, they will be warm and provide a cosy environment. However, manufacturers of bespoke style extensions will often go above and beyond minimum requirements ensuring their orangeries are insulated to a greater degree than is required, which means that homeowners often see a reduction in their energy bills once the installation is complete.

If you’re looking to take the first steps on your bespoke orangery journey be sure to get in touch with our expert designers who will help you throughout the process.

We use cookies on our website to give you the most relevant experience by remembering your preferences and repeat visits. By clicking “Accept All”, you consent to the use of ALL the cookies. However, you may visit "Cookie Settings" to provide a controlled consent.
Cookie SettingsAccept All
Manage consent

This website uses cookies to improve your experience while you navigate through the website. Out of these, the cookies that are categorized as necessary are stored on your browser as they are essential for the working of basic functionalities of the website. We also use third-party cookies that help us analyze and understand how you use this website. These cookies will be stored in your browser only with your consent. You also have the option to opt-out of these cookies. But opting out of some of these cookies may affect your browsing experience.
Necessary Always Enabled
Necessary cookies are absolutely essential for the website to function properly. These cookies ensure basic functionalities and security features of the website, anonymously.
Functional
Functional cookies help to perform certain functionalities like sharing the content of the website on social media platforms, collect feedbacks, and other third-party features.
Performance
Performance cookies are used to understand and analyze the key performance indexes of the website which helps in delivering a better user experience for the visitors.
Analytics
Analytical cookies are used to understand how visitors interact with the website. These cookies help provide information on metrics the number of visitors, bounce rate, traffic source, etc.
Advertisement
Advertisement cookies are used to provide visitors with relevant ads and marketing campaigns. These cookies track visitors across websites and collect information to provide customized ads.
Others
Other uncategorized cookies are those that are being analyzed and have not been classified into a category as yet.
SAVE & ACCEPT